The account that follows is a true story and the fourth in a series titled, Portraits of Valor. We have invited individuals from our community of supporters to share stories of valor, service, and sacrifice. Whether that be their own experience or the experiences of family members or friends, Portraits of Valor is a celebration of those who have dedicated their lives to serving others. All pictures are courtesy of the Frawley family. If you are interested in submitting a story for Portraits of Valor click here. In Sept 1995, Richard T. Frawley, then a uniformed law enforcement officer with the Milford Connecticut Police Department, made a motor vehicle stop at 0200 on a Monday morning. The vehicle had just driven through a red light without slowing down and when attempting to pull over, the vehicle slowly drove on, refusing to stop. Approximately 3/4 of a mile later the vehicle pulled off the road into a dirt lot.

With a quick movement, the operator lifted an item from his side with one hand and with the other hand, took the cigarette from his mouth and attempted to light, what was later determined to be a pipe bomb, while stating "We are all going to hell". Frawley was able to grab the operator's arm with the pipe bomb and his backup officer, who had just arrived at the scene, grabbed the hand with the lit cigarette. Frawley was able to remove the pipe bomb and detain the suspect.

The suspect had several pounds of gunpowder as well as liquor and drugs in the vehicle and the pipe bomb was removed from the scene and safely detonated by the bomb squad. A search warrant of the operator's residence turned up numerous additional bomb-making artifacts and drugs. Frawley received a Meritorious Service Award and Medal for his actions from the City of Milford Connecticut, Department of Police, Board of Police Commissioners. 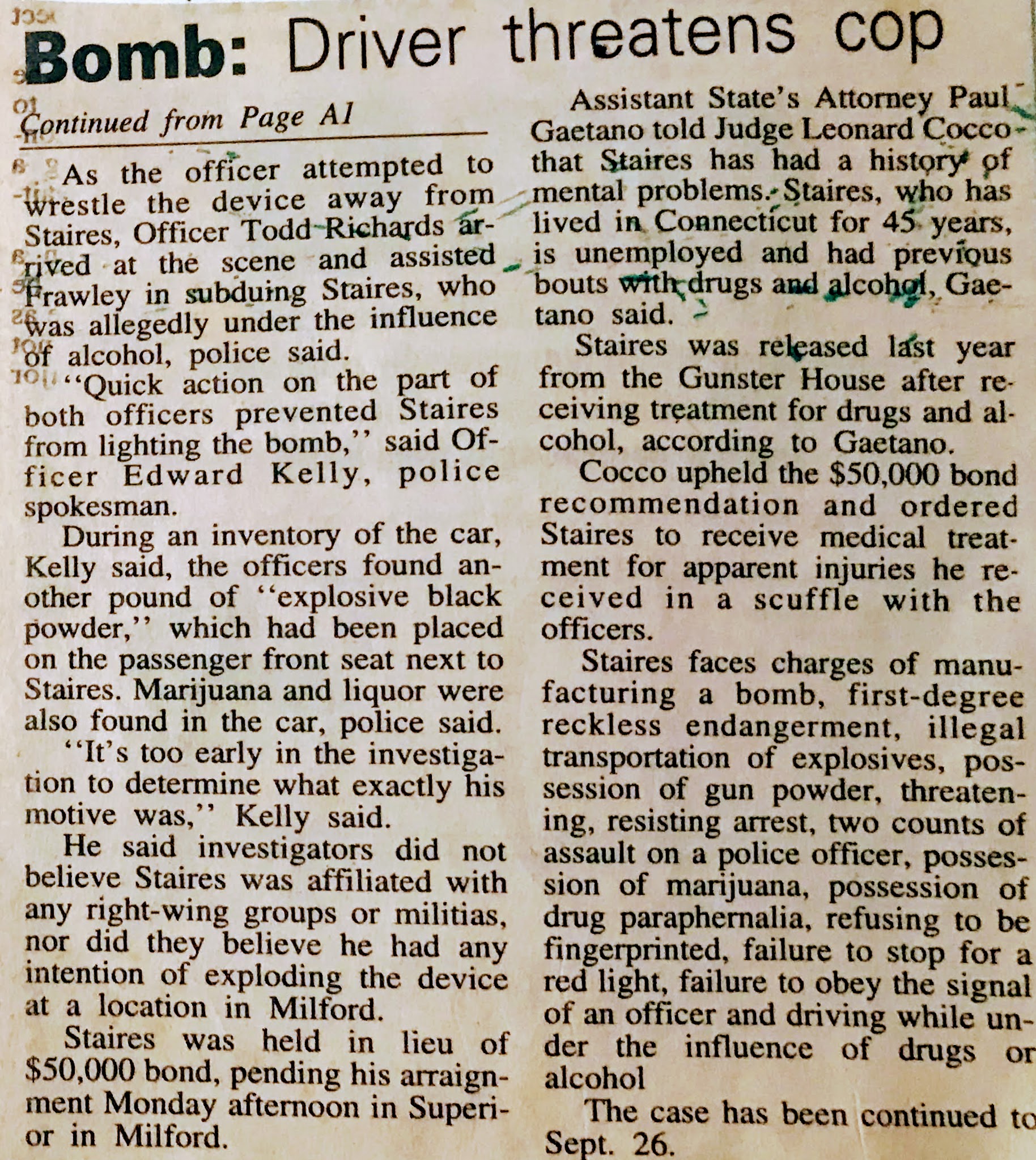 After 22 years of service, Officer Frawley retired and joined ADF Solutions, a digital forensics software firm based in Bethesda, Maryland where he serves as a digital forensic specialist and trainer. Frawley had spent 17 of his years in policing as a Digital Forensic Examiner and was a  founding member of the Computer Crime Unit established by the City of Milford in 2000.

One of the facets of his career he enjoys most is working to protect children. Frawley was a member of one of the first Internet Crimes Against Children (ICAC) Task Force Programs with the Investigative Satellite Initiative. The experience he gained on that task force lead Frawley to another passion -- teaching students and parents about social networking and digital pitfalls. Frawley presents several times a year to middle and high school students and their parents, teaching them how to stay safe on the Internet and now travels worldwide to teach police departments, and speaks at law enforcement conferences to help investigators learn how to solve digital investigations.  In addition to the aforementioned award, Richard T. Frawley has also been recognized by the United States Attorney’s Office District of Connecticut for his bravery and service. 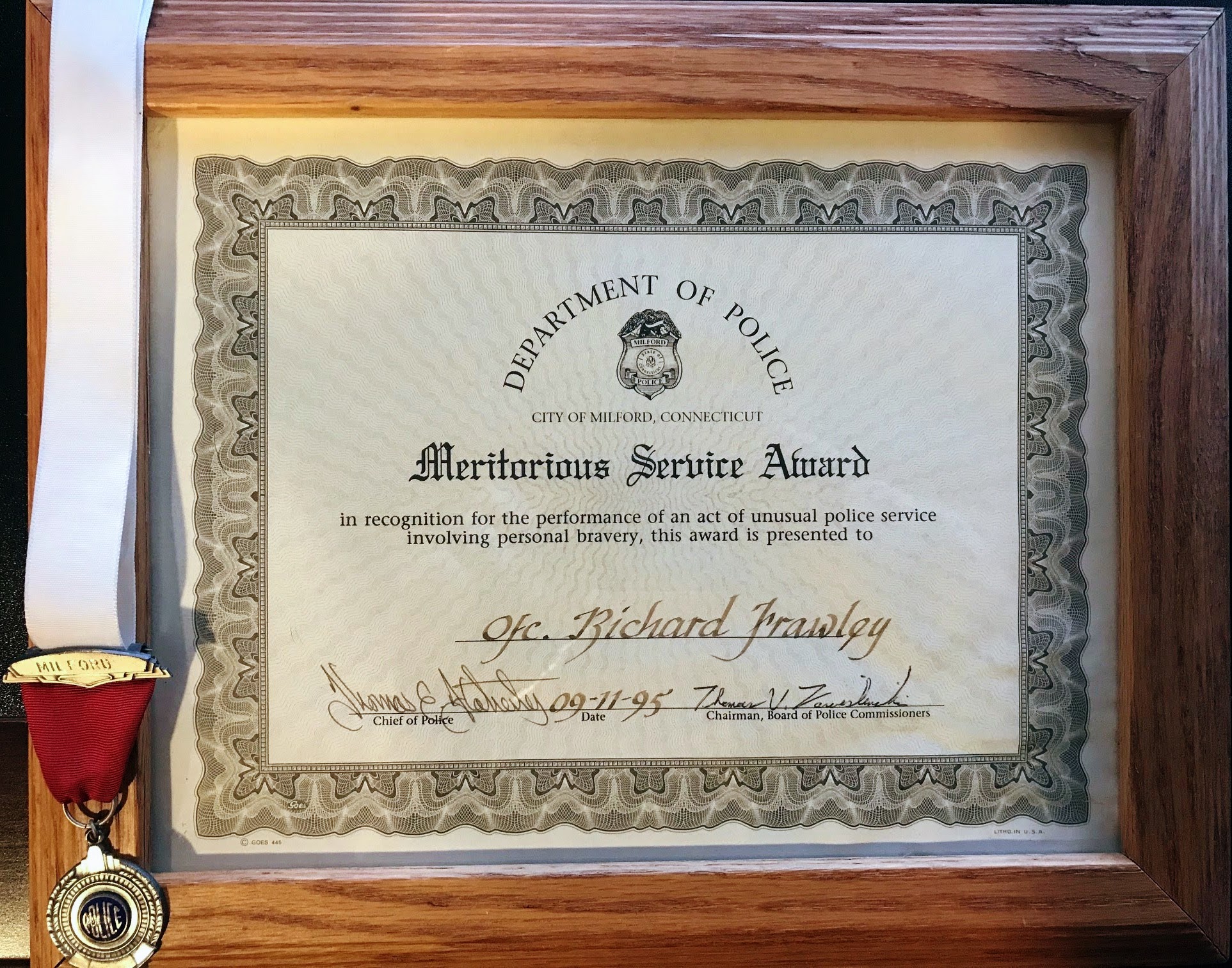 Flags of Valor is committed to remembering our heroes. You honor us by sharing your story, allowing everyone to further understand the many sacrifices that make our nation special.  Thank you Richard Frawley!

The account that follows is a true story and the second in a series titled, Portraits of Valor. We have invited individuals from our community...